Here are two things I wrote about the area in Tucson where I live (Sam Hughes neighborhood) and work (University of Arizona).

Journeys Around a Fence

Two blocks from my house is an elementary school built in 1926. It’s a mission style building with a tower in front and a courtyard in back. Its walls, which are thick adobe and stucco plaster, are painted a tan color that looks yellow in sun and orange in shade. The windows are tall and thin, and the trim around them is a rusty red. It’s roofed in red, orange, and black Spanish tile. It’s a beautiful, stately building, solid and graceful.

But it’s not the building I want to talk about. What I want to talk about is the chain link fence surrounding the perimeter of the school grounds. I circumscribe this fence while walking Humphrey every evening and have recently noticed that it has more to say than I initially realized.

The thesis I will argue for here is that such people are mistaken. University structures should in the future be built without brick. It is the current use of brick that constitutes a failure to respect the university’s architectural heritage. 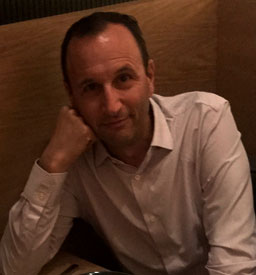